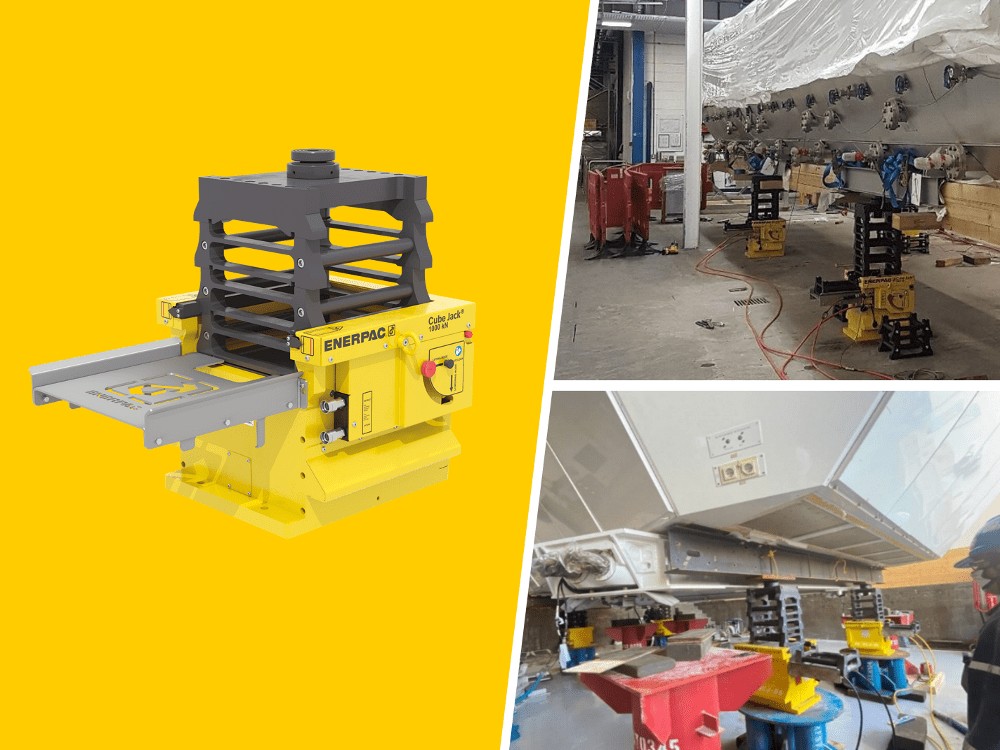 The traditional way to lift heavy loads from below often involves hydraulic jacking systems with wooden cribbing blocks. For some, this is the most obvious method but there are now more efficient ways to do it.

In 2019, an alternative solution was introduced to the market. The new SCJ Cube Jack Series enables heavy lifting jobs to be completed safely in less time – and with fewer people.

Instead of relying on wooden cribbing, this hydraulic jacking system uses self-aligning metal cribbing blocks light enough to load manually into each Cube Jack unit. The compact footprint, increased efficiencies, and mechanical locking have proven to be a winning combination.

With the Cube Jack, support blocks are installed only once the jack has been mechanically locked – no longer requiring the operator to be near the load while supported on the hydraulics. It’s a significant reduction in risk.

Since launch, we’ve seen a number of great examples where the Cube Jack played a key part in heavy lifting jobs. Here is a round-up of examples we’ve seen so far.

The image below shows how heavy lifting contractor Aytecma used the four cube jacks during a marine engine switch over. Space inside the vessel’s engine room was tight. So this was an ideal application for the Cube Jack as each unit has a footprint of only 1.4ft x 1.8ft (443mm x 556mm).

Aytecma was contracted to remove the engine on a bulk carrier vessel and install a new replacement. The Cube Jacks were placed at each corner of the engine, which measured 26ft x 16ft x 10ft (8m x 5m x 3 m). An Enerpac Split-Flow Pump allowed for a multi-point lift in a single operation. Also used for the project was the company’s own custom skidding system. Read the full story on the Heavy Lift News Website.

A flight simulator is not just heavy, it contains sensitive equipment that could be damaged if the lift is not carried out in a controlled way. Al Faris, a leading Middle East heavy lift and transport company was contracted to do this job. This is another great example highlighting the benefits of the SCJ-50 Cube Jack. Without the Cube Jacks, a crane or more traditional climbing jacks would need to be used. Neither of these would be able to provide the extra precision and care that the Cube Jacks offer.

As you can see in the picture, the four SCJ-50 Cube Jacks were mounted onto platforms to lift the simulator into position. The simulator was resting on stands at 3.6ft (1.1m), and the Cube Jacks completed the rest of the lift up to the total height of 7.8ft (2.4m). Synchronized lifting was achieved using an Enerpac Hydraulic Power Pack. Read the full story on the Heavy Lift News Website.

Lifting a Platform Inside a Building

The lifting project below was completed by UK-based Ritchie Services, using the Enerpac SCJ-50 Cube Jacks to raise a platform up 8.5ft (2.6m) between existing roof beams.

Once at height, the client required mechanical support to allow the legs to be fitted. The SCJ-50 provided both an effective lifting solution and mechanical work holding.

Enerpac Cube Jacks helped this job to be completed in record time by UK-based PHL Hydraulics. This was made possible by the quick setup, fast cycle time, and minimal manual handling of cribbing blocks.

The vessel measured 59ft x 13ft (18m x 4m), and the purpose of the lift was to allow a base platform to be installed. The four-point lift was carried out using four Cube Jacks and the company’s own lift pump and controls.

Following the success of the SCJ-50 launch, Enerpac developed its ‘big brother’ hydraulic jacking system the SCJ-100. This new addition provides the same benefits as the smaller model but can lift higher and has the capacity to lift up to 100-tons per lift point.

The picture below shows a sideload testing at the Enerpac factory in Hengelo, Netherlands. The test involved lifting a 400-ton load to the full height and pulling horizontally to check for stability.

Read the full story on the Heavy Lift PFI Website.

PHL Hydraulics based in Ireland used SCJ-50 Cube Jacks to lift a large, prefabricated frame for this construction project. The picture below shows a test lift on the steel frame. Following this, large modules were added above for the actual synchronized lift.

The project below involved controlled lifting, lowering, turning, and skidding a vessel cover in a confined space during a shutdown.

This is a great example demonstrating the breadth of the Enerpac tool range.

For full details of Hydraulic Jacking Systems and other heavy lifting technologies please get in touch. 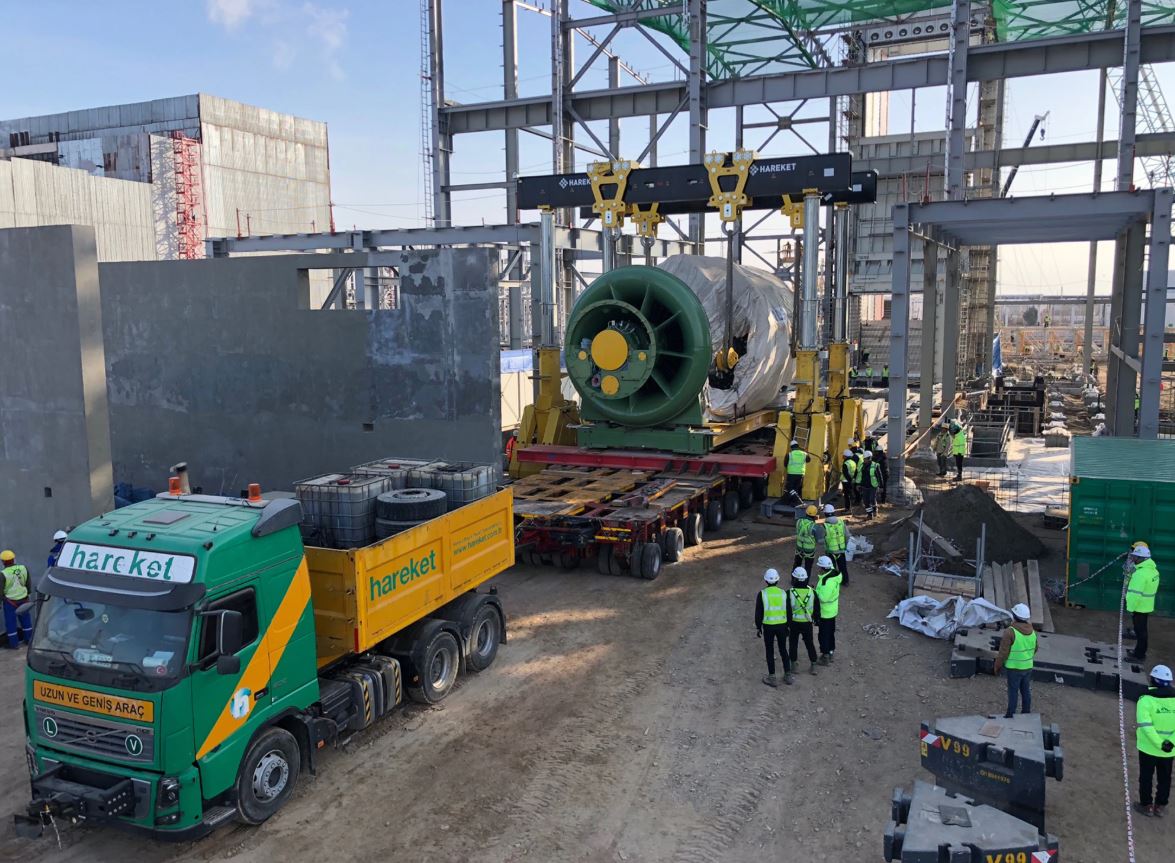 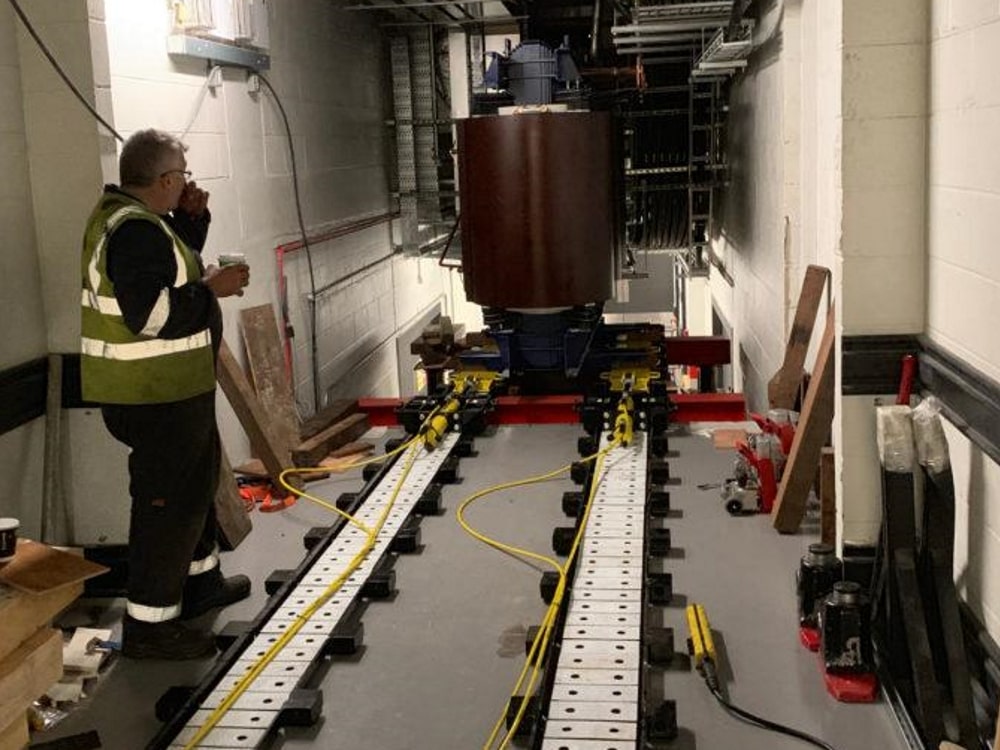 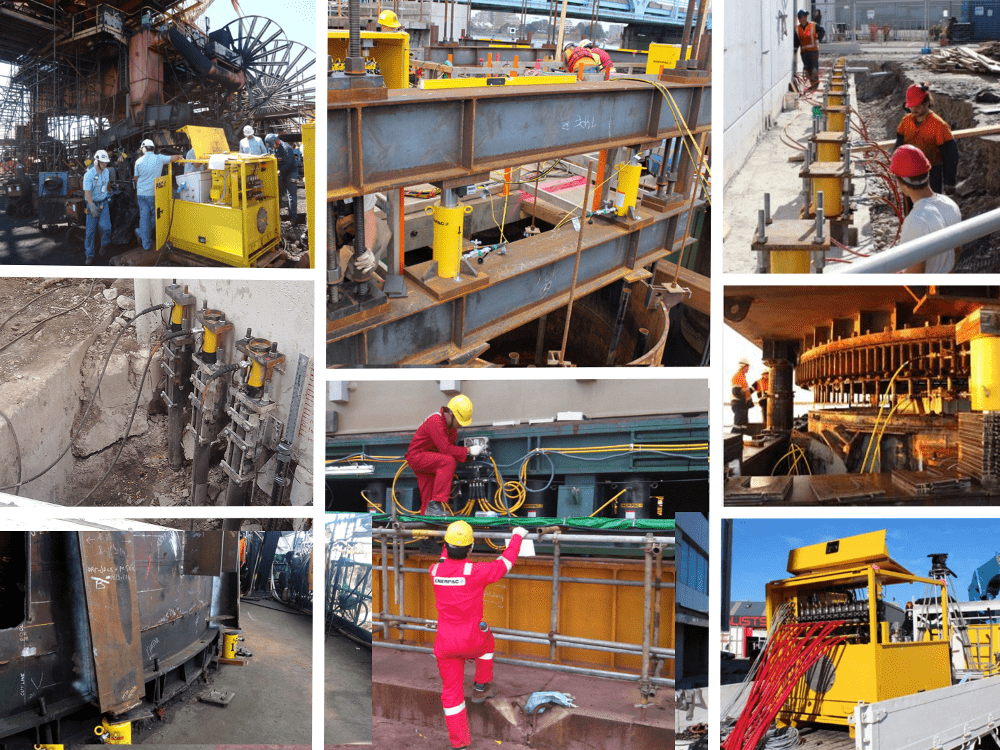