Home > Products > How Does a Strand Jack Work?

How Does a Strand Jack Work? 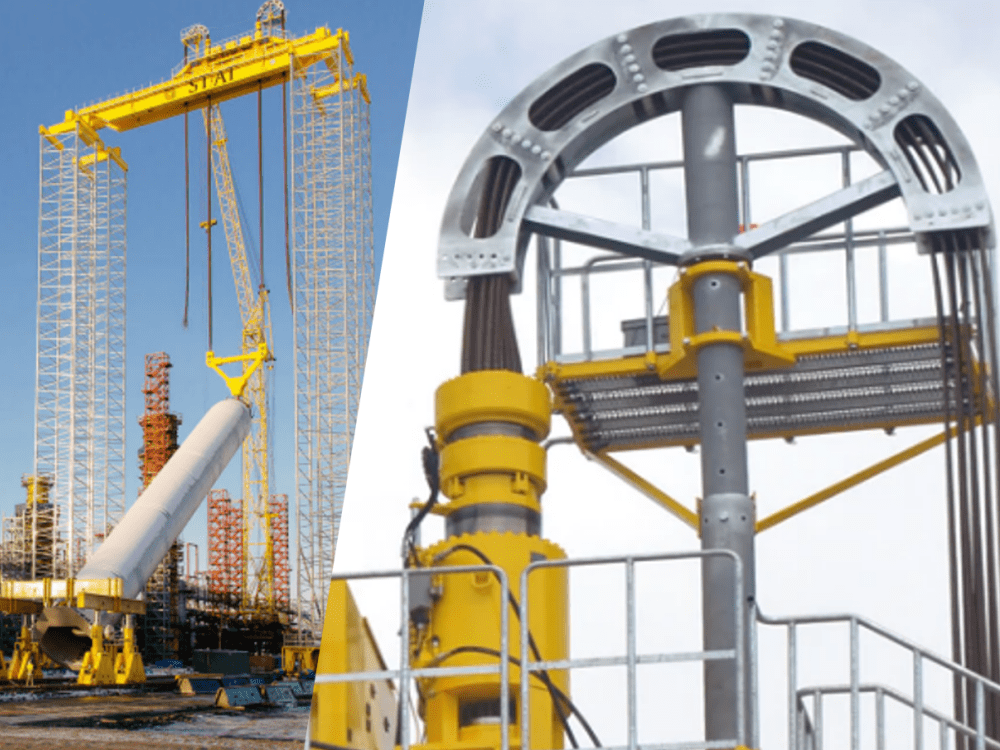 What Is a Strand Jack?

A strand jack is a type of linear winch system used for pulling heavy loads from above. They are widely used in the heavy construction industry, especially for bridges, ports, and large-scale plant maintenance projects.

Lifting capacities vary depending on the models used. For example, The capacity range of Enerpac Strand Jacks is from 17 up to 1405 imperial tons (150 to 12500kN) per jack.

The main benefits of a strand jack over a crane are a much smaller footprint, and the ability to lift and lower with more precision. In addition, a single operator can control several strand jacks synchronously via computerized control from a central location.

How a Strand Jack Works

If you’ve ever pulled on a rope to lift or drag a load this will help you understand the working principle. Like your hands would do on a rope, they use a similar sequence of locking, pulling, and unlocking at the top and bottom of the strand jack, but instead of using a single rope, there can be anything betwHow Does a Strand Jack Work?een 1 to 84 steel strands included (the strand bundle). The strand jack is commonly positioned vertically on a support beam above the location where the load needs to be lifted, however, they can also be used in the horizontal orientation.

The lifting or lowering action is performed by a large hydraulic jack (cylinder) that extends and retracts while the top and bottom anchor systems in turn lock onto each strand, guiding them through the hollow cylinder.

The diagram below summarizes the operation sequence.

The video below shows strand jacks used during the construction of the Bay Bridge in San Francisco.

Now you’ve seen the process, let’s look at the main components and other related equipment.

Main Hydraulic Jack
The hydraulic jack (cylinder) is the heart of the strand jack. Depending upon the model, this can extend and retract as much as 600mm (23.6 inches) with each stroke.

Top and Bottom Mini-Jacks
These include the anchor systems used to lock and unlock the strands. Each is automated and includes wedges, springs, and hydraulics.

Strand Jack Wedges
These are wedges used to grip the strands. The wedges lock and unlock on the strand through hydraulic pressure applied by the mini jacks. They are replaceable, and although long-lasting can be considered as consumables.

Counter-Balance Valve
This serves two functions. The primary purpose is to provide load holding in the event of hose failure. It also provides smooth controlled lowering of the load.

Chair
The base of the strand jack, which is fixed onto the supporting platform.

Hydraulic Power Pack
A hydraulic power pack provides the flow of hydraulic oil to the strand jack. Features can include a variable frequency drive motor for precision control, a hydraulic safety circuit, emergency stop, and remote pendant controls. These are powered either by electric or diesel.

Strands
Constructed of seven twisted, high-capacity steel wires, and typically available in diameters of 15,7 mm (0.62 inches) or 18 mm (0.71 inches. As the most important part of the operation, the strands and their combinations are designed to meet a minimum 2.5 x safety factor of the working load. Depending upon the capacity of the jack, a single product can accommodate from just three up to as many as 84 strands in the bundle.

Strand Dispenser
Provides a method for safely dispensing a strand during set-up.

Strand Guide
Provides a guide for the strand through 180 degrees. These are height adjustable and can also feed the strands into a strand recoiler

Strand Recoiler
A strand recoiler is used as an alternative to letting the exited strands dangle adjacent to the load. These work passively to collect or feed the strands and must be used with a strand guide.

Laptop and Software
For monitoring and controlling the operation and with the ability to provide synchronous control of multiple strand jacks.

Lifting Anchor
A block that attaches the load to the strands. Normally included with each strand jack. 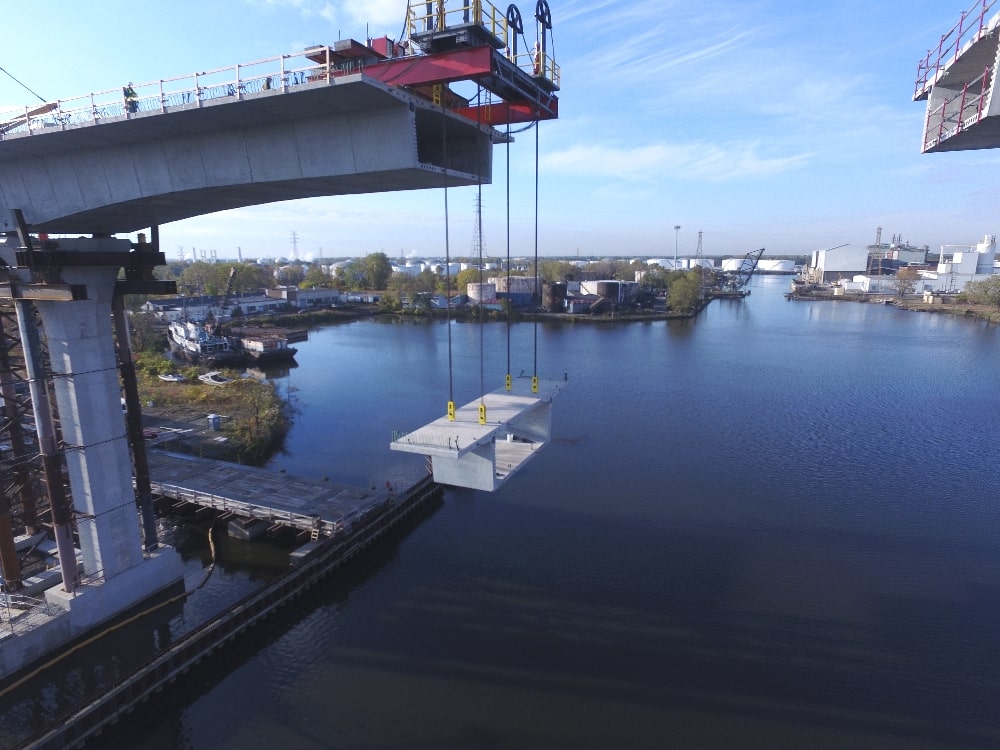 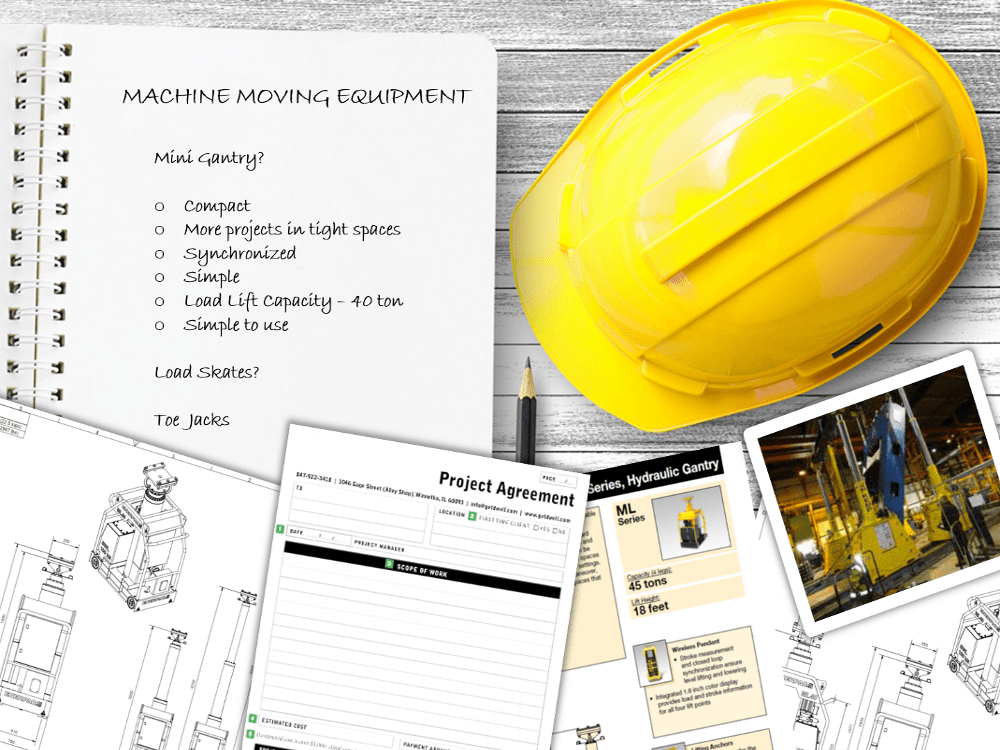 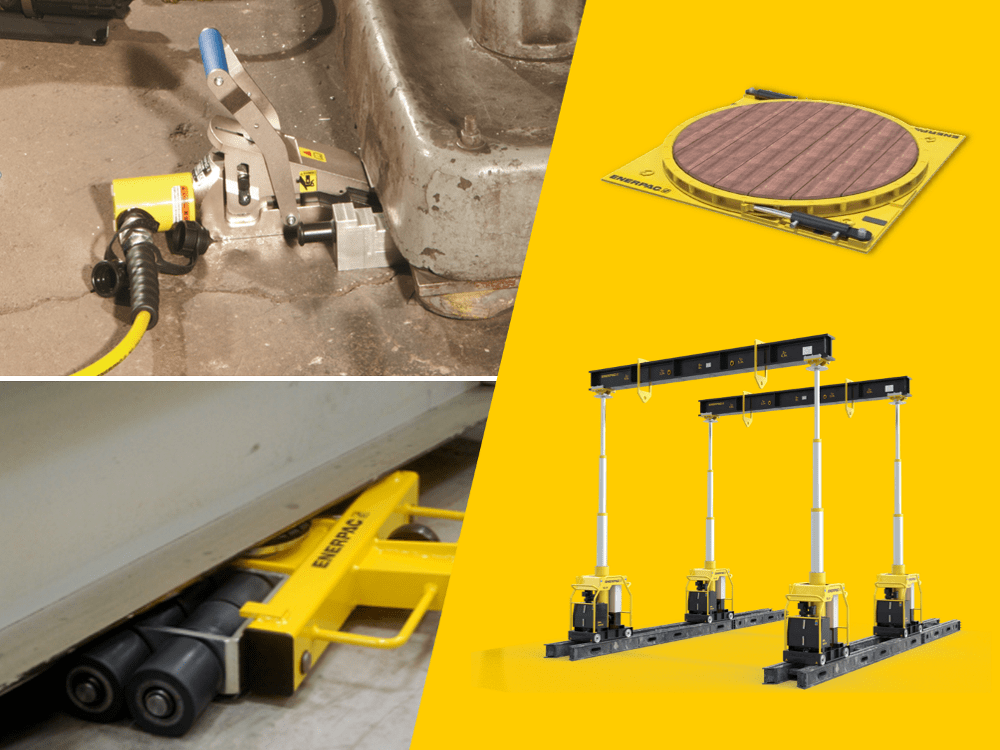