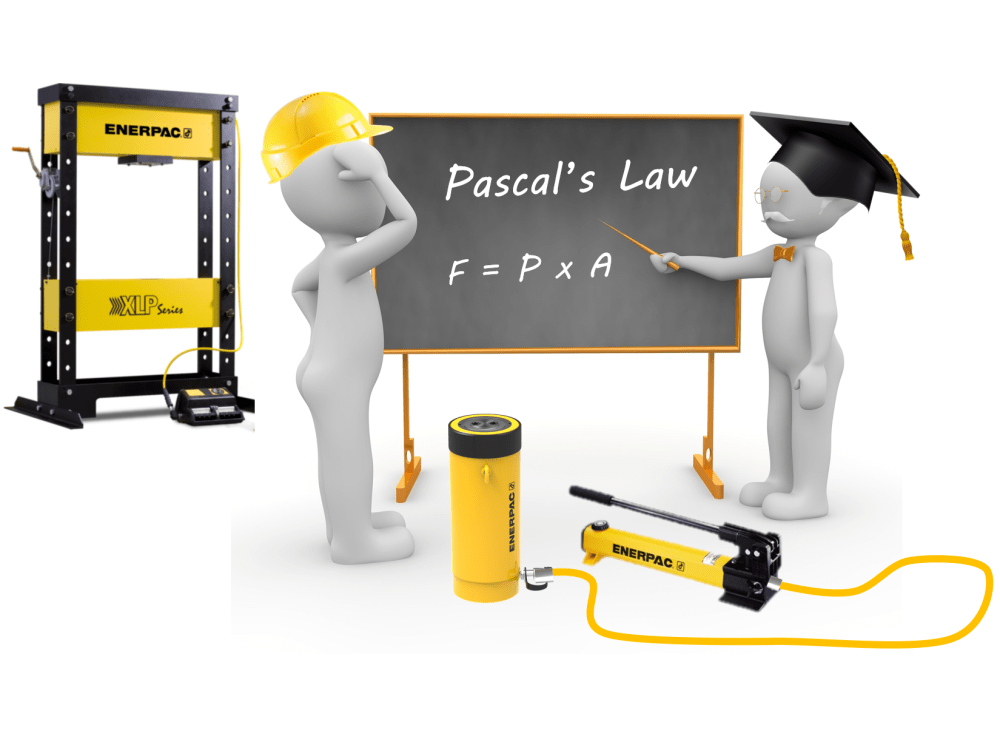 Pascal’s Law is one of the fundamental principles of hydraulics. Blaise Pascal discovered that the pressure applied to any part of an enclosed liquid will be transmitted equally in all directions through the liquid. Unlike air, hydraulic oil is practically uncompressible*, and Pascal’s principle enables us to harness hydraulic force, which can be extremely powerful.

*Note that it is technically possible to compress a liquid, however, a huge amount of force is required, and the end result is compression by just a tiny amount.

Pascal’s formula is summed up in this simple equation.

O,r depending upon what you want to calculate, you can swap the units around …

In fig 1 below, the area of each plunger is the same. We also know that according to Pascal’s Law the pressure is constant throughout the fluid. Therefore, the output force will be equal to the original force applied, and each plunger will travel the same distance.

Now let’s look at what happens when the surface area of the plungers are different. As fig 2 below shows, Pascal’s law tells us that the pressure within the fluid is equal throughout.

The calculation example below shows the Pascal principle with some numbers applied.

Throughout everyday life, you can see examples of Pascal’s Law in action.

For the engineer working on-site, there are many different industrial tools that use the mechanical advantage of Pascal’s Law. Some examples include.

The forces inside a hydraulic system can be considerable. And this means that to get the job done safely, every component needs to be robust and strong enough to handle the dramatic changes in pressure. For that reason, it is wise to invest in tools from a reputable manufacturer, and not to take risks using cheap lookalike tools.

Many Enerpac hydraulic tools, are rated to 10,000 psi 700 bar and provide the reassurance and durability you can rely on for your industrial applications.

Blaise Pascal was a French mathematician, physicist, religious philosopher, and theologian. He was born in 1623 and lived until 1662.

In addition to discovering Pascal’s law, he made other significant contributions to mathematics and science. 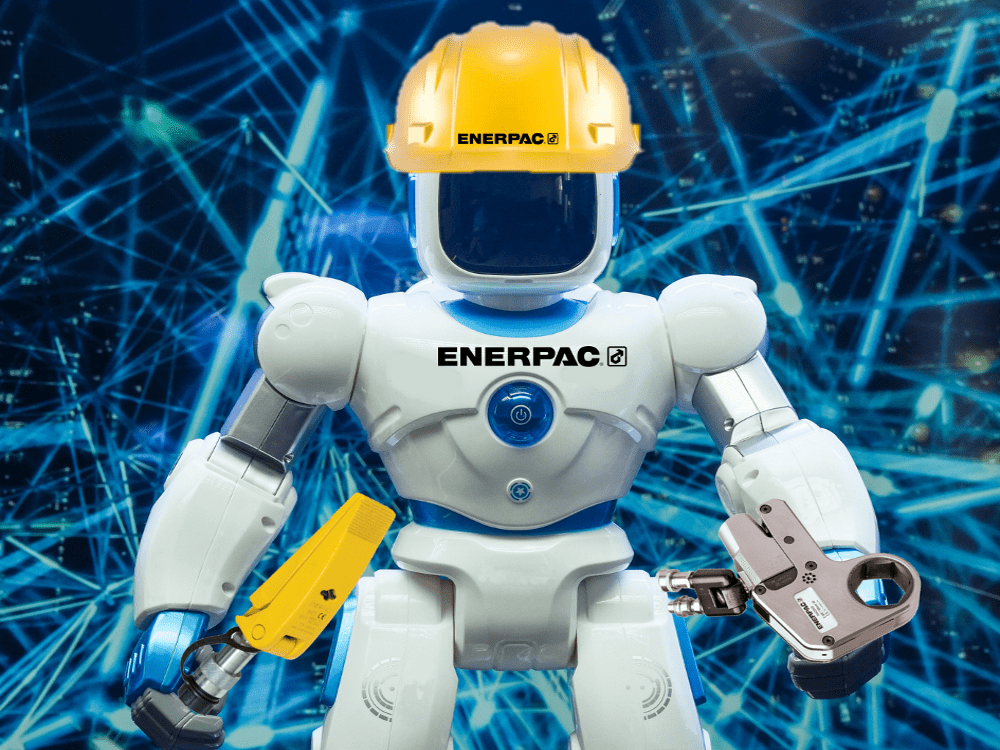 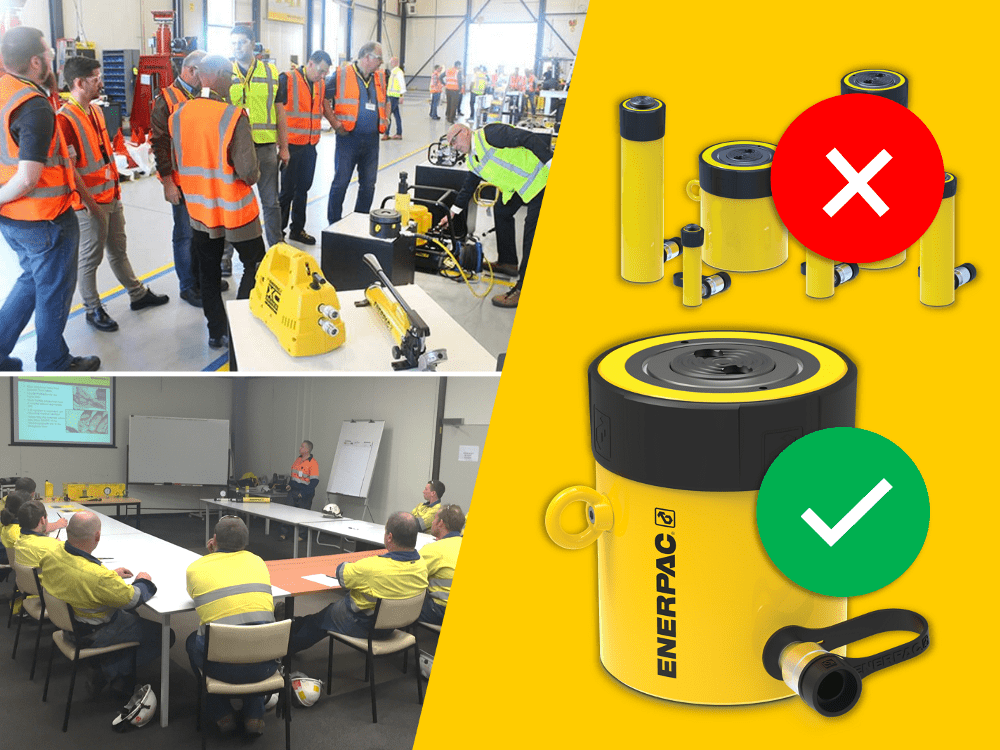 Work Safer: Invest in Training and Use Genuine Tools

How to Cut Rebar Quickly and Safely